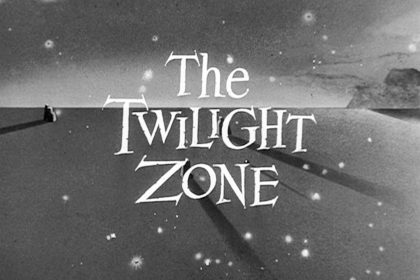 The Twilight Zone tackled a diversity of social issues and political statements not seen in shows of its time. Its creator, Rod Serling (himself a Unitarian), believed that controversial messages and dialogues were needed to get a point across, and purposely created a science fiction show to get such messages past corporate censors. These timeless episodes are used as the basis for in-depth discussions of ethics, values and social justice.

Theme: anti-intellectualism; solitude versus loneliness.  Henry Bemis is the last man alive after a nuclear explosion.  At first he despairs, but then he discovers the library.

The Monsters Are Due on Maple Street

Theme: the dangers of prejudice and hysteria. One average day on Maple Street, everything stops working. A young boy tells neighbors the story of an alien invasion, leading paranoia to set in.

Theme: evil. In post World War I Europe, an American seeking shelter at a castle finds a man claiming to be a prisoner.  The leader explains the prisoner is not a man, but the devil himself. He has been locked up since shortly after World War I, providing the world with five years of relative peace.

Eye of the Beholder

Theme: prejudice and social conformity. Janet Tyler has completed her 11th operation to try to make her look normal.  Her ugliness is widely discussed and, if the operation is not successful, she will be banished to live with others of “her own kind”.

A Most Unusual Camera

Theme: greed. Among the items stolen by thieves is a mysterious camera, that produces photos of the future.

Theme: censorship and the dangers of totalitarianism. In a futuristic, totalitarian world, a librarian finds himself on trial for the crime of being obsolete.  In this State, obsolescence is punishable by death.  The librarian is allowed to choose the method of his own death and requests that the execution be televised.

Theme: geopolitical differences. After an apocalyptic war, a female and male soldier from opposing forces discover each other.

Theme: impending nuclear war. Two UFOs, possibly missiles, have been spotted heading in the direction of the United States. People are warned to immediately go to their bomb shelters or basements. One neighbor has a bomb shelter; the others do not.

A Quality of Mercy

Theme: bigotry. An eager and aggressive lieutenant in World War II orders a near-suicidal attack on a group of sick and wounded Japanese soldiers. Suddenly, he finds himself three years earlier, fighting for the Japanese.

Theme: visitors from outer space, and speciesism. A race of 9 foot tall aliens has landed on Earth, vowing that their motive for visiting is to be helpful to humanity. Skepticism turns to trust when a cryptographer successfully translates the title of an alien book left behind at the UN as “To Serve Man”.

Theme: the danger of being judgmental. Oliver Crangle is a fanatic obsessed with exposing “evil”. He proclaims 4 o’clock as the time when all evil-doers will be shrunk to two feet tall.

Old Man in the Cave

Theme: nuclear war, greed and power; questioning one’s faith in forces greater than oneself. Ten years after nuclear war has devastated the US, a group of survivors have stayed alive by following the advice from an unseen old man who lives in a cave outside of town.

Night of the Meek

Theme: income inequality, redemption. After a derelict Santa Claus is fired on Christmas Eve, he finds a mysterious bag that gives out presents. With this bag he sets out to fulfill his one wish – to see the less fortunate inherit the bounties of Christmas.

Theme: conformity and objectification. In a future society, all young adults go through a process known as “the Transformation”, where each person’s body and face are changed to a beautiful appearance.  No one can understand when one person decides not to undergo the Transformation.

I Am the Night – Color Me Black

Theme: racism and capital punishment. A convicted man is about to be executed. The sun does not rise, as the town gathers to watch the execution. This episode was written in reaction to the assassination of President John F. Kennedy and as an indictment on racism in the American South.

The Brain Center at Whipple’s 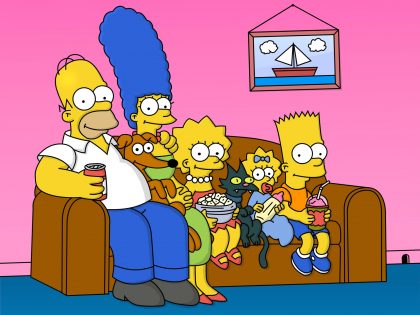 This curriculum explores social justice from the perspective of the popular animated comedy series, The Simpsons.  Each class will include a viewing of an episode followed by discussion. Topics include immigration, LGBTQ rights, animal rights, environmental justice, and more.

Two Cars in Every Garage and Three Eyes on Every Fish

Theme: pollution. After the power plant experiences bad publicity and is threatened with closure, Mr. Burns decides to run for Governor in order to have power over the law.

Bart Gets an Elephant

Theme: the ivory trade. After Bart receives an elephant as a prize for calling in to a radio station, the animal proves to be too costly to care for and Homer decides to sell it

Theme: ethical eating. A trip to a local petting zoo convinces Lisa to give up meat, despite excessive pressure to convince her not to do so.

Much Apu About Nothing

Theme: immigration. A referendum is created that will require all illegal immigrants from Springfield to be deported. After learning that his friend Apu Nahasapeemapetilon will be deported, Homer decides to help Apu prepare for a United States citizenship test so that he can become a legal citizen.

Theme: LGBTQ rights. After Marge befriends John, a gay store owner, Homer worries that his presence will have a negative effect on Bart’s sexuality.

The Old Man and the Lisa

Theme: recycling. Burns loses his fortune and recruits Lisa to help him get it back.

Theme: gun rights. After a massive soccer riot, Homer purchases a gun to protect the family.

Theme: the death penalty. Homer and Marge find themselves on death row after they are framed for murder.

The Fat and the Furriest

Theme: hunting. At the dump Homer is videotaped while being attacked by a bear. The town regards him a coward, so Homer decides to strike back at the bear.

There’s Something About Marrying

Theme: marriage equality. A townsperson comes out of the closet when Springfield legalizes same-sex marriages in a plot to bolster tourism; Homer uses the Internet to become a minister.

On a Clear Day, I Can’t See My Sister

Theme: climate change. After bullying her, Bart is restricted by court order to come too close to Lisa.

Girls Just Want to Have Sums

Theme: sexism and gender stereotyping. Springfield Elementary is divided into two separate schools (one for boys, one for girls) following Principal Skinner’s demotion. Concerned that the boys are receiving a higher standard of education, Lisa disguises herself as a boy.

The Burns and the Bees

Theme: decline of bee population. Mr. Burns wins a professional basketball team in a poker game, and the new arena he plans to have Springfield build for the team threatens to interfere with Lisa’s new bee sanctuary.

Theme: border control. Townspeople build a wall around Springfield to keep “immigrants” from Ogdenville from relocating to their town.