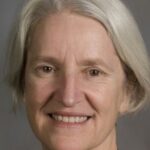 President: Nancy Bodenhorn and her husband, Jeff Legge, have lived in Christiansburg and been members of UUC since 2001. Nancy served as Board Secretary for 2 years and President Elect last year. She has been active on the Worship Committee, coffee making, Committee on Ministries, religious education, and stewardship. Nancy was a school counselor for 20 years, in North Carolina, Bangkok, Thailand, Brussels, Belgium, California, Illinois and Michigan. After earning her doctorate, she came to Virginia Tech and is an Associate Professor in Counselor Education. Nancy enjoys playing tennis and bridge, swimming, and visiting grandchildren in MI and IL.

President-Elect: Fred Piercy has been active at UUC through his work on the National Alliance on Mental Illness (NAMI), the Committee on Ministries, the food pantry, facilitating several Soul Matters groups, and as a greeter. He is a professor emeritus of human development at Virginia Tech, where he served as professor and administrator (at various times) from 2000 until his retirement in 2017. Before that, he taught family therapy for 18 years at Purdue University and, before that, for 7 years at Texas A&M Commerce. He received degrees from Wake Forest University, University of South Carolina, and University of Florida. Fred enjoys traveling, reading, cooking, exercise, and playing with sweet Gracie, his dog.

Treasurer: Wayne Neu has been a part of UUC since the early 1990s. His service started with performing many small tasks, and as he became more engaged and more attached to UUC, he served in a number of other capacities. He’s sung in the choir and operated the sound/recording equipment. He served as auctioneer for many of our auctions. He’s served on the Finance, Long-Range Planning, and Stewardship committees and was a part of the task force that raised funds for our building expansion. Wayne served twice on the Board as a member-at-large and again as President-Elect and then as President. 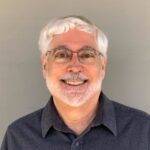 Secretary: Gene Gardner joined UUC in 2001 shortly after he and his wife, Nancy, moved from Christiansburg to Blacksburg. He has been a member and chair of the Connections Committee and coordinator of Outreach and Publicity activities. After establishing a Broadcast Services office at Purdue University, Gene came to Virginia Tech in 1979 to head the Radio/TV/Film Unit. He earned an MBA in 1985 and served as communications director for two companies in the Corporate Research Center. Before retiring in 2011, he was a program manager for Battelle, specializing in information portrayal R&D for government and industry clients. Gene enjoys listening to music, repairing things, and solving escape room adventures.

Member-at-Large: Laura Robinson joined UUC in 2016. She has served as a greeter since 2017 and enjoys participating in UUC’s grounds workdays, social action activities, and enrichment programs. She is a strong advocate of UUC’s commitment to building community, especially through its connection activities and mental health advocacy. Laura moved to the New River Valley in 1985. Her years of experience with higher education and nonprofit organizations have provided her with an appreciation for teamwork. Laura works in administration at the Edward Via College of Osteopathic Medicine. She holds a bachelor’s degree in sociology from the University of Mary Washington and an M.B.A. with a concentration in human resources from Averett University. Laura’s interests include mushroom hunting, drawing, and taking her dog on adventures.

Member-at-Large: Rami Steinruck has been attending UUC since 2018. She attended UU congregations in other places she’s lived since 2003. She serves as a greeter for Sunday services and enjoys actively engaging in Soul Matters. Rami is a psychologist in the Cook Counseling Center at Virginia Tech, where she is the Coordinator for Groups. Her dog, Josie, is a therapy dog who joins her at work daily. Rami lives in Christiansburg and enjoys baking, hiking, and running.

Member-at-Large: Angela Parrish began attending UUC in 2004 and has supported some part of the RE program since then. From teaching RE to being a YRUU advisor, RE Committee Chair, and being on the YAC, she has always loved supporting youth and this program. Angela arrived to Blacksburg as a student at VT, getting an engineering undergraduate degree and an MS in education. She is currently an engineer working for the USDA Forest Service (think Smokey Bear). She spends the rest of her time focused on her family and finding ways to enjoy being together with them, preferably being active in the outdoors.